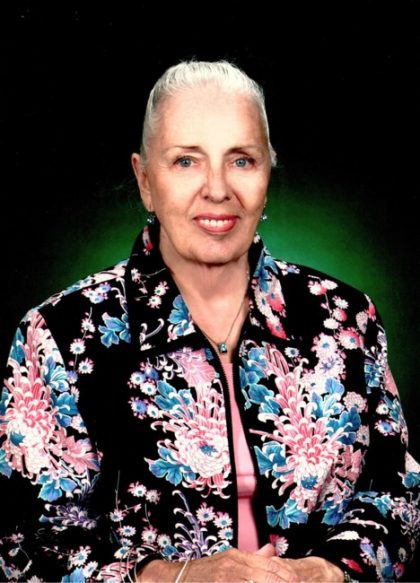 We mourn together as a community as we pass along news of the death of Sylvia Jones. Sylvia died rather suddenly on June 19, 2021. She was 83 at the time of her death.

Sylvia was adopted at birth into a loving family. Her mother and father both worked at General Motors and Dad was also the county tax assessor. After a brief first marriage, Sylvia found out she was pregnant with her first child, Mike. At the time, she was working as a dance instructor where she had a nice student named Ed Ervin, who volunteered to attend birthing classes with her. When Mike was 6 months old, Ed finally convinced Sylvia to marry him and he subsequently adopted Mike. Ed was a tool and die maker and worked at the GM tank factory in Grand Blanc, Michigan. Ed and Sylvia were in a tragic accident, hit by a drunk driver causing Ed’s death. Sylvia was hospitalized for over 4 months with multiple severe injuries, not expected to survive. At discharge both arms and one leg were still in casts. Mike stayed with his Godparents until Sylvia was able to take care of him again.

Sylvia and her son, Mike, moved to Florida for the warm weather to help her physical recuperation. They became CBer’s for their travels (no cell phones back then). Sylvia met her husband, Louis Jones, at a CB surprise birthday party for Sylvia. Louis was also an adoptee. Louis and Sylvia married in October 1966 and Sylvia was blessed with a second pregnancy, her daughter Stacey weighed 1 pound and 7 ounces at birth and was in hospital until she was 4½ months old.

For most her adult life, Sylvia was active with the local CBers, Unitarian Church, Beta Sigma Phi Sorority, the Moose, Riviera Beach Police Department’s Citizens Police Patrol, Eastern Star, Ladies Oriental Shrine and Daughters of the Nile. She loved being a Tin Lizzie lady, dancing, partying and summering at her cabin in Harrison, Michigan. She says she has been blessed with an active, full, good life, good husbands and many good friends.