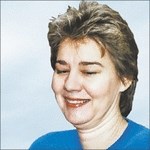 We mourn together as a community as we pass along news of the death of Marilynn Thomas. Marilynn slipped out of this world, in her sleep on June 4, 2021 at her Bethesda, MD home after a valiant, uncomplaining, nearly five-year struggle with ovarian cancer. She was 78 at the time of her death.

Marilynn was beloved among our Small Group Ministry in which she was active until just recently.

Marilynn’s life was rich with satisfactions. Many of them are associated with her experiences as a psychology professor at Prince Georges Community College, where she taught and enjoyed the company of colleagues and students for 37 years.

She enjoyed traveling the world – to Europe, the Middle East, Africa, Asia – and to many regions of the U.S. She also enjoyed were scuba diving up and down the Atlantic coast; volunteering in South Florida to teach English as a foreign language to newly arrived adults from Central and South America; her membership in PEO, a national organization that encourages and supports young women; the smart, chatty company of Mahjong players in Maryland and South Florida; and the reading and discussions of three book clubs. Even late in life her bookcases groaned under the weight of new arrivals.

Marilynn’s undergraduate was at Rollins College in Winter Park, FL, Drew University in Madison, NJ, and Boston University, where she graduated and went on to receive a master’s degree as well. She later acquired a PhD from Catholic University.

She is survived by her husband Richard Victory, her son Douglas and his family, a sister Roberta, and several other beloveds. For a full review of her obituary, follow this link.

A richly blue urn containing her remains will be buried this fall during a private ceremony at the Thomas family plot in Scranton, PA., her birthplace, where it will join those of her father Islyn, mother Ruth, and aunt Sal.

No flowers, please – unless you decide to plant them in your yard as tokens of remembrance. The family suggests that any donations be made to the Ovarian Cancer Research Alliance (ocrahope.org) and/or the Southern Poverty Law Center (SPLCenter.org)

More Info: Want to join us? Click the ‘Worship on Zoom or Facebook’ link at the top of our web page: www.1stuupb.org.