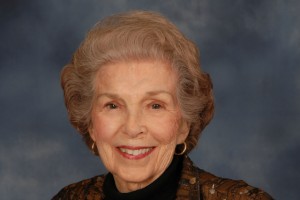 We are passing along the unfortunate news that Margaret (Wood Doty) Robson passed away at home in her sleep this morning (July 29, 2022), just a month shy of her 94th birthday.

She was born August 31, 1928, in Daytona Beach, Florida. She was the daughter of the late Gresdna Wood Doty and James William Doty.  Her grandparents were the late Leslie Tanner Wood and Gordon Colquit Wood of West Palm Beach, and the late Julia and James W. Doty of Chicago.

In 1930 her parents moved with Margaret to her father’s hometown, Oelwein, Iowa where she and her three siblings were reared.  In 1950 she graduated from Iowa State Teachers College, now the University of Northern Iowa.

In 1952 she moved to West Palm Beach to teach at Conniston Junior High.  She met architect Norman N. Robson in the fall of 1953, and they were married at the First Methodist Church in W.P.B. on November 25, 1953. They had four children and moved to North Palm Beach in 1962.  Margaret returned to teaching in 1968 as an Instructional Television Teacher for six years and taught Language Development part-time until 1990 in the Department of Exceptional Student Education.

She was a past member of the Junior League of the Palm Beaches, the President of the Board of Trustees of the South Florida Science Museum and state president of Florida Mothers Against Drunk Driving.

At the time of her death, she was a member of Chapter AL of the P.E.O. Sisterhood and of the First Unitarian-Universalist Congregation of the Palm Beaches.  She and Norman were founding members of the Unitarian Fellowship of the Palm Beaches in 1954.

She and Norman also were long time members of the Shakespeare/Oxford Fellowship and the de Vere Society, both of which advocate that Edward de Vere, the 17th Earl of Oxford, was the true author of all the Shakespearean canon.

After 61 years of marriage, Margaret’s husband Norman died as gently as he lived in 2015.

The family wishes to thank Trustbridge Hospice, Senior Helpers of the Palm Beaches, Rene’ Carr, R.N., G.C.M. and Marilyn Tiedemann for their compassionate care and support.

A memorial celebration of her life will be held Tuesday, August 9th at 12:00 p.m. at the First Unitarian Universalist Congregation of the Palm Beaches, 635 Prosperity Farms Rd., North Palm Beach, Florida, 33408.

Those who might like to offer a remembrance may consider the Endowment fund of the First UU Congregation in North Palm Beach or the Shakespeare Oxford Fellowship, P.O. Box 66083, Auburndale, MA 02466-0083.

More Info: Want to join us? Click the ‘Worship on Zoom or Facebook’ link at the top of our web page: www.1stuupb.org.