We are currently OPEN with NO RESTRICTIONS. JOIN US for our Sunday Service IN PERSON or watch the service on ZOOM or Facebook.  Join us for Coffee Hour after the service with no restrictions. CLICK HERE for the latest information and updates from the COVID19 Task Force. 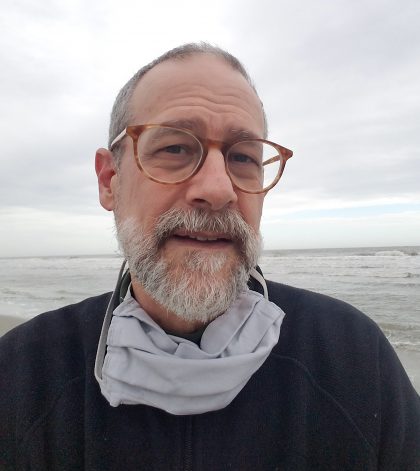 Wm. Epes, MDiv (he, him, his) hosts the virtual open mic series “Tuesday Duets” from the Lowcountry of Charleston, SC. His several ministries include two online arts groups, and two years serving a young man in pre-trial detention as a pastoral counselor. Bill’s FB group “strand line break” celebrates multi-arts dialogue and connection; affirms the worth and dignity of every person; and promotes shared meaning-making through art. He counts himself a lifelong UU, a religious naturalist, and for eight years, a Northerner living in the New South. Bill has been member of Unitarian Church in Charleston since 2013, where he did his academic internship, and Circular Congregational Church (UCC).

Under a Constitution that protects freedom of speech, do all words matter? In a poem, every word counts. As the ancient, relational art of poetry rises again as a machine of persuasion, liberation, protest, and spiritual practice, we revisit verses of Emily Dickinson, James Wright, … read more.

“Do unto others as you would have done unto you.” The golden rule…long a staple in many UU religious and theological cupboards. I hate to ruin it for you, but it needs to go.