The Best Democracy Money Can Buy 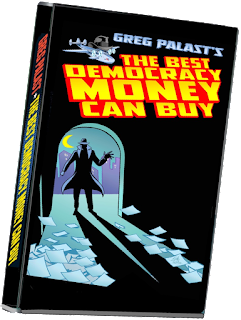 The 1stUUPB JUSTICE ACTION MINISTRY will address the issue of VOTER SUPPRESSION with a film and discussion, SATURDAY, JAN 21, 1-3pm in Ministers Hall

The film is the widely acclaimed The Best Democracy Money Can Buy by noted investigative reporter Greg Palast. The movie is a very informative look at the myth behind America’s beloved right to vote. In the beginning of our country only white males who owned property could vote. Over the centuries the franchise has widened. But voter suppression efforts continue. They are more sophisticated and arise from the fundamentally anti-democratic and racist beliefs which were present at the beginning of our republic. What can UUs do about this affront to our seven principles? Join the discussion after the movie, on January 21, from 1 to 3pm in Ministers Hall.

From Newport News to Memphis to Long Island to London